Found this post on Mashable, very good information about how small businesses totally missunderstand social networking by thinking of it as an advertizing oportunity rather than a networking oportunity.  Remember step 1 in our social networking primer - just like at a cocktail party, nobody likes to talk to the guy that only trys to sell them stuff.

This post originally appeared on the American Express OPEN Forum

While Facebook marketing is on the rise among small businesses, many are still struggling to master the basics.

“Many people have difficulty with just the basic Page set up,” says social media marketing consultant Nicole Krug. “For example, I still see people setting up their business as a profile page instead of a business Page. I have other clients who jumped into Groups when they came out and have divided their fan base.” 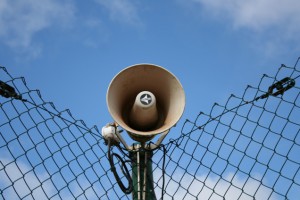 Ask any social marketing consultant what the number-one no-no is on Facebook, and he’ll likely tell you it’s “broadcasting” your messages instead of providing fans with relevant content and engaging on an continual basis.

“With Facebook, marketers of any size can do effective, word-of-mouth marketing at scale for the very first time. But Facebook is all about authenticity, so if your company is not being authentic or engaging with customers in a way that feels genuine, the community will see right through it,” says Facebook spokeswoman Annie Ta.

“Your job is to interact, not just to broadcast,” says Shankman. “Fans are looking for a reason to connect with you, and they’re showing you that by clicking ‘Like.’ Your job is to give them a reason to stay.”

According to Andy Smith, co-author of “The Dragonfly Effect: Quick, Effective and Powerful Ways to Use Social Media to Drive Social Change,” many businesses immediately ask how Facebook is going to make them money and have that be the focus, as opposed to trying to engage customers and provide a meaningful, authentic online experience. “Marketers need to recognize that people go to Facebook to make a connection or feel like part of a community,” says Smith.

Another common mistake is underestimating the amount of time a successful Facebook strategy entails. Many social media consultants report seeing a pervasive “set it and forget it” mentality among small businesses.

“Some small business owners are under the impression that if they set up a Page on Facebook, that’s all they have to do. They think people will just naturally come and want to be a fan of their product or service,” says Taylor Pratt of Raven Internet Marketing Tools. “But it takes much more of a commitment than that.”

It’s not just fan growth that will suffer from this approach — it may also hurt your relationships with existing fans, particularly customers who have come to expect timely responses to their posts and queries.

“Unlike traditional advertising methods such as a radio spot or a Yellow Pages listing, you can’t just create a Facebook Page and just let it run its course,” says Alex Levine, a social media strategist at Paco Communications. “Creating a Facebook Page is the first of many steps, but the Page needs to be updated and monitored constantly.”

3. Being Boring or Predictable

When they’re thinking about marketing, some business owners forget that Facebook is a social place where people share things they find funny, interesting or useful with their friends. Think about what kind of content your fans would actually want to share when planning your posts.

Shankman also cautions against becoming too predictable. “Status updates by themselves get boring. But then again, so do photos, videos and multimedia as a whole. Your job is to mix it up. The moment you become predictable, boring or annoying, they’ll hide you from their feed. So keep it varied and personal — a video here, a photo here, a tag of one of your fans here.”

Creating too much “filler” content by auto-publishing content from your blog or Twitter feed can also derail your efforts. Joseph Manna, community manager at Infusionsoft, recommends using Facebook’s native publishing tools to gain the most benefit from Facebook.

“Whatever you do, DON’T automate everything,” says Manna. “It’s nice to ‘set and forget,’ but the risk is two-fold: publishing systems sometimes have issues, and Facebook places low-priority on auto-published content.”

Since Facebook is a relatively new medium, some businesses have yet to explore all its functionality and they’re missing out on creating an optimal brand experience.

“Many small businesses do not take advantage of the tools to introduce themselves to the Facebook audience,” says Krug. “For example, the ‘Info’ tab is rarely utilized well, and very few small businesses [create] a custom welcome page.”

Krug also sees frequent mistakes around one of the most basic elements of Facebook presence: the profile image. “Most companies upload a version of their logo, but the resulting thumbnail image that shows up in news feeds often only captures a few letters in the middle of their logo — this partial, meaningless image is then how they’re branded throughout Facebook,” says Krug.

Facebook Insights, Facebook’s built-in analytics system, is also often overlooked, and with it the opportunity to analyze post-performance to see what types of content gets the most engagement.

Not only is it critical to know how Facebook works and what tools are available, it’s also important to know the rules of the road — something that many businesses miss.

“Every day I see organizations endangering the communities they are growing by violating the terms they agreed to when their Facebook presence was created,” says small business marketing consultant Lisa Jenkins.

What are the most common violations? Some build a community on a personal page instead of a proper Facebook Page. Others fail to abide by Facebook’s rules around running contests. And don’t even think about “tagging” people who are in an image without their permission.

“Tagging people to get their attention is not only a violation of Terms but can be reported by those you are tagging as abusive behavior on your part — which brings your violation to Facebook’s attention and opens your Page’s content to review,” warns Jenkins.

To avoid these common mistakes, invest time in learning about the Facebook platform, educate yourself on how to build and sustain an audience, and don’t forget to engage with people like you do in real life.

“What sets small businesses apart from large companies is their ability to make personal connections with customers,” says Ben Nesvig of FuzedMarketing. “They tend to forget this when they join Facebook, yet it’s their biggest strength and asset.”