Editor's note:  Twitter has truly changed the world.  It could be that missing link in your online marketing and branding.  Be careful, though.  Come to find out, there are things that you can tweet that can have you in hot water; or even worse, your account revoked.  Learn the do's & don't's with this article by Leslie Meredith. 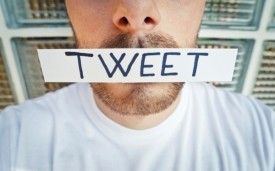 But it wasn’t his criticism that caused trouble, it was his inclusion of an NBC executive’s email address in the tweet, which violated Twitter’s terms of service.

Most of us check a box that says we agree with a company’s terms of service. But how many of us read them? Here’s a checklist of things to avoid if you want to keep using Twitter.

Don’t post a private email address, street address or telephone number without permission from the individual associated with the information. Posting social security and credit card numbers are also grounds for suspension.

You may not post direct, specific threats of violence against others. That’s what got Olympic Swiss soccer player Michel Morganella in trouble. No illegal activities, pornography or copyright infringement will be tolerated, either.

Twitter also has rules that kick in when a member follows 2,000 other accounts. At that point, you’ll have to have gain additional followers before you can follow more people. Not letting the following/follower ratio too far out of balance is how Twitter combats spammers.

Unlike other social media networks including Facebook and Tumblr, Twitter’s terms of service do not cover hate speech.

However, according to a June report in the Financial Times, Twitter is wrestling with minimizing hateful comments, while preserving free speech.

Dick Costolo, Twitter’s chief executive, said he was frustrated by tackling the problem of “horrifying” abuse while maintaining the company’s mantra that “tweets must flow.”

By Leslie Meredith for TechNewsDaily